Meadow gold and two mainland dairies are being sued in federal court for falsely advertising mainland milk as locally produced.

The Hawaii Foodservice Alliance says it is taking legal action to advocate for truth in advertising and food sustainability in the islands.

Meadow Gold Dairies Hawaii, LLC (“Meadow Gold”), Hollandia Dairy, Inc., and Heritage Distributing Company dba Ninth Avenue Foods have been named as defendants in a lawsuit filed by Hawaii Foodservice Alliance for violating the Lanham Act and Hawaii laws for misrepresenting milk imported from California as locally produced. The Lanham Act (also known as the Trademark Act of 1946) is a federal statute that prohibits conduct that is likely to confuse or mislead the consumer regarding the origin of a product.

Hawaii Foodservice Alliance filed suit against Meadow Gold, and mainland dairies, Hollandia Dairy, Inc., and Ninth Avenue Foods of California, for allegedly profiting from the perceived superior freshness associated with milk produced in Hawaii and consumers’ desire to support the sustainability of the local economy and local farms. As alleged in the complaint, these companies are passing off milk imported from California as being locally produced through the use of deceptive advertising and labeling, such as packaging that promotes their milk coming from “Hawaii’s Dairy” and being “Made with Aloha.”

The complaint alleges that Meadow Gold has intentionally misrepresented its mainland milk products as being associated with local farmers, and as coming from “HAWAII’S DAIRY FOR OVER 120 YEARS” and “Made With Aloha.” On its label of mainland milk, bottled in City of Industry, California, Meadow Gold claims in its history, “Today we operate statewide and continue to manufacture fresh milk, dairy, juice and nectar products in Hawaii.” However, the present Meadow Gold company that sells milk in Hawaii was not formed until April 2020, and it does not own any dairy farms with milk producing cows in Hawaii.

Chad Buck, CEO of Hawaii Foodservice Alliance, stated, “A sustainable Hawaii relies on locally produced and manufactured food. We believe that local farmers, ranchers, and local food production need to be protected from mainland products masquerading as local. We also believe that deceiving the Hawaii consumer and charging a local premium for a mainland product harms the Hawaii consumer and our state’s efforts to become more sustainable and food secure.”

Just a few decades ago, Hawaii was 100 percent sustainable in regards to local milk production with local dairy farms on each island serving the state. Today, Hawaii has only one, very small functioning dairy that provides milk under the Mountain Apple Brand for KTA stores on Hawaii Island. All other local dairy farms closed their doors over the past thirty years. All other commercially sold milk in Hawaii under all labels is imported mainland milk, even though some packaging and advertising seems clearly designed to make people believe that this mainland milk is local.

A significant amount of Meadow Gold’s mainland milk is packaged by two industrial mainland bottlers that produce this mainland product with “Made with Aloha” and “Hawaii’s Dairy” on the labels. One of the industrial bottlers includes a story on the packaging about Meadow Gold’s important role and connection to Hawaii’s dairy farms since 1897. It seems plain to see how a consumer, reading this story and seeing the Hawaii themed call outs on the packaging, could be misled into believing that this product is local rather than 100% mainland.

Buck added, “Hawaii is one of the most expensive places to live on earth. Being misled into paying at times over 50% more for mainland milk because you think you are supporting a local dairy farm and sustainability for our state seems to add insult to injury for the Hawaii consumer. We support honest competition, but strongly believe the practice of selling mainland milk as local milk is as harmful to Hawaii and the Hawaii consumer as selling imported coffee as Kona coffee or mainland beef as local beef, or mainland produce as local produce. We also believe that engaging in deceptive marketing that misleads a customer to buy mainland products thinking they are supporting local production is not right for Hawaii’s consumers and harms Hawaii’s sustainability efforts.”

The complaint alleges that these deceptive practices misled, and continue to mislead, consumers into believing the milk they are purchasing, at a premium price, originates from local dairies in Hawaii. Consequently, Hawaii consumers have been damaged by this misrepresentation, believing they are supporting local dairy farmers and a sustainable Hawaii, while paying a premium price for a falsely advertised and intentionally confusing product, all in violation of the Lanham Act, 15 U.S.C. § 1125, and Hawaii law.

Hawaii Foodservice Alliance serves over 35 local companies by distributing their products to grocers, retailers, c-stores, and clubs across the state of Hawaii.

Hawaii Foodservice Alliance actively advocates for local consumers, manufacturers, and farmers who support the sustainability of Hawaii’s farmers and other local food sources, and fair and honest commerce for the people of Hawaii. Any proceeds from this lawsuit, beyond legal fees and costs incurred, will be donated to a non-profit to support a more sustainable, food-secure Hawaii.

Photo by Angelina Litvin on Unsplash 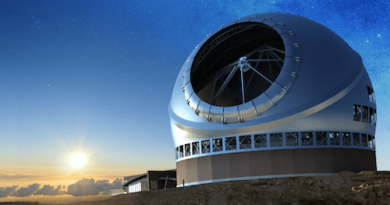