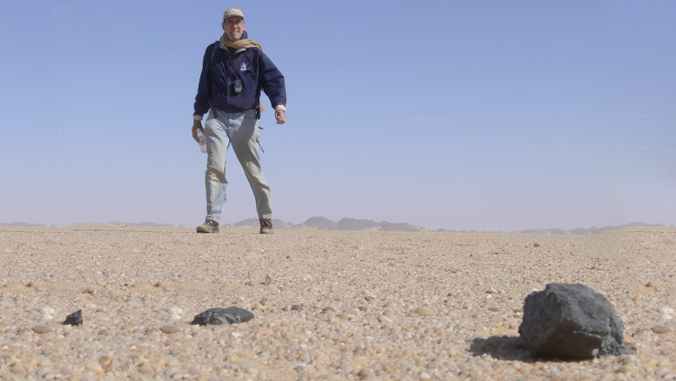 The University of Hawaii is the target of a â€œfake newsâ€ article making rounds on social media, and UH experts say there are many lessons to learn.

The article, which was first posted in 2015 and recently went viral, claims that UH astrophysicists discovered Tetrahydrocannabinol (THC) on a meteorite found in the Nevada desert in 2010. THC is a chemical found in marijuana. The article includes false quotes by a made up astrophysicist who never worked at UH.

After the story was shared thousands of times on social media, USA Today reached out to UH to confirm if the astrophysicist actually worked at the university, and debunked the original story in a recent post.

â€œThe first and most dangerous is that it reduces trust in all information sources, which can lead people to consume less news overall,â€ Moore said. â€œThis leads to the second problem. As people are less willing to consume news from a wide variety of sources, they may only pay attention to sources that confirm their preexisting beliefs, which contributes to further political polarization.â€

School of Communications Assistant Professor Julien Gorbach published an article in American Journalism in 2018 called â€œNot Your Grandpaâ€™s Hoax: A Comparative History of Fake News.â€ In it, he recalls how the term â€œfake newsâ€ gained traction during the 2016 presidential election. Gorbach, however, said that â€œfake newsâ€ has been around for several decades, with different motivations behind creating these stories.

â€œThereâ€™s fake stories or false stories that are done for fun or satirical reasons. Thereâ€™s often a strong motivation for profitâ€”if you can introduce the right kind of â€˜fake newsâ€™ story, it goes viral. Even before the internet, it can still go viralâ€”you just have everybody rushing to the newsstands,â€ Gorbach said. â€œThereâ€™s stuff thatâ€™s done for profit thatâ€™s deliberately deceptive and then there are other agendas including political agendas or ideological agendas.â€

Responsibility of filtering out false stories

Moore said that while technology companies such as Facebook bear much of the responsibility when it comes to filtering out â€œfake news,â€ readers also have a responsibility of deciphering credible information.

â€œThere are ways to automate this process and flag stories that are known to be false. Crowdsourcing the detection of fake stories can also help. Ultimately, more and more companies and educational institutions will need to devote resources to finding and removing these stories,â€ Moore said. â€œPeople should not be shy about calling out fake news on their social media feeds. We also need to find more ways to support real journalism. One of the best ways to defeat fake news is to build bigger audiences for high-quality news outlets.â€

Gorbach added, â€œWith stories like this, what a lot of them do highlight is the idea that with the internet, the gatekeepers went away. Before the internet, most people got their information through newspapers, books or through the broadcast networks so there were all of these gatekeepers of editors, book publishers and broadcast producers who would filter out what they thought was legitimate information. What the internet did was put the responsibility of doing that gatekeeping on every individual consumer.â€

â€œItâ€™s very challenging because as the technology advances and as our politics has become increasingly divisive and toxic, the tactics for disinformation are advancing faster than our ability to teach how to dismantle them,â€ Gorbach said.

Gorbach said the faculty emphasize two methods for checking facts. The first is a checklist of criteria that news consumers can use to evaluate sources within a given story. These criteria are abbreviated by the acronym â€œIM VAIN.â€œ The questions include: are the sources in the story independent? multiple? verified? authoritative? informed? and named? The second is â€œreading laterally,â€ which is described by Moore.

â€œThe easiest way to avoid this is by cross-checking your sources,â€ Moore said. â€œIf there are no other credible news sites reporting a similar story, then you should be skeptical. Readers can also investigate the news outlet and author. Itâ€™s important to know whoâ€™s funding the news website and what other articles the author has written. Even the layout of the news website can provide clues. If itâ€™s full of sensationalist headlines, grammatical errors, and generic images, then I would be very cautious.â€

This work is an example of UH MÄnoaâ€™s goal of Excellence in Research: Advancing the Research and Creative Work Enterprise (PDF), one of four goals identified in the 2015â€“25 Strategic Plan (PDF), updated in December 2020.

END_OF_DOCUMENT_TOKEN_TO_BE_REPLACED

“Not every platform is right for every business and chances are, you don’t have time to manage a half-dozen social media accounts,” writes Emi Yamauchi-Wong. “Start with a platform that makes the most sense for your business.”
Source: Hawaii Social Media.

END_OF_DOCUMENT_TOKEN_TO_BE_REPLACED 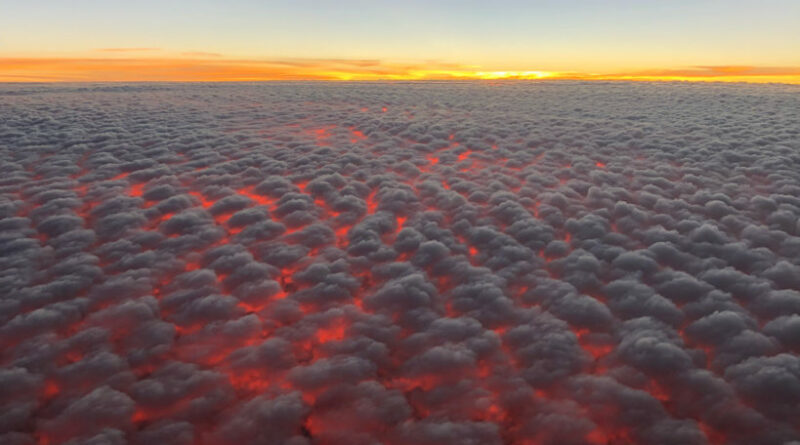 A photo described as being a view of the California wildfires from above the clouds is going viral on social media. But as stunning as the image is, it was taken two years ago over Hawaii Island.
Source: Hawaii Social Media.

END_OF_DOCUMENT_TOKEN_TO_BE_REPLACED

“The fact Ms. Salamanca has so many followers makes her actions that much more dangerous and concerning. The spread of misinformation can have very severe consequences during an emergency situation like we are in now.”
Source: Hawaii Social Media.

END_OF_DOCUMENT_TOKEN_TO_BE_REPLACED

The Facebook group “Hawaii Quarantine Kapu Breakers,” led in part by former broadcast journalist Angela Keen, is devoted to identifying and tracking visitors to Hawaii who are violating the mandatory 14-day quarantine and turning them into local authorities.
Source: Hawaii Social Media.

END_OF_DOCUMENT_TOKEN_TO_BE_REPLACED 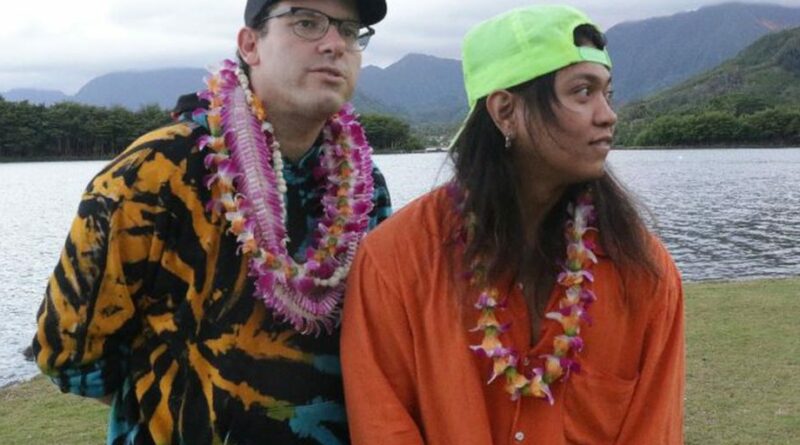 The sponsors of a new documentary from a Hawaii-based filmmaker are trying to re-imagine how philanthropy works in the social media age.
Source: Hawaii Social Media.

END_OF_DOCUMENT_TOKEN_TO_BE_REPLACED

The University of Hawaii at Manoa is looking to hire a Social Media/Content Specialist to work out of the school’s Office
Source: Hawaii Social Media.

END_OF_DOCUMENT_TOKEN_TO_BE_REPLACED

The Digital Marketing Summit will be held on April 26, the latest incarnation of the Social Media Summit, and will
Source: Hawaii Social Media.

END_OF_DOCUMENT_TOKEN_TO_BE_REPLACED 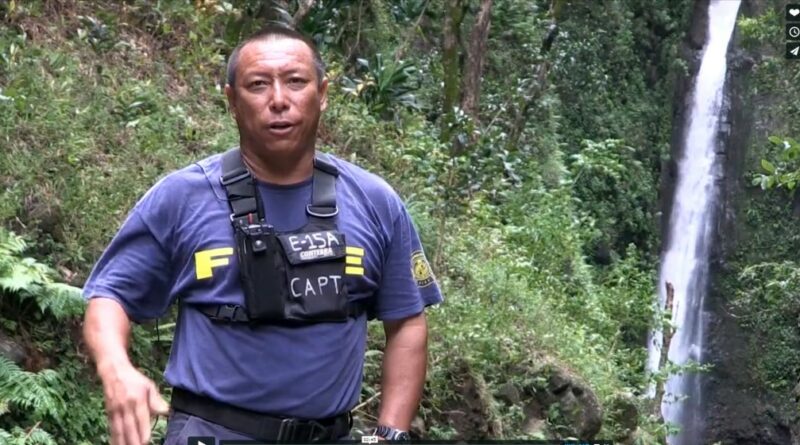 END_OF_DOCUMENT_TOKEN_TO_BE_REPLACED

Join us at Maui Brewing Company in Kihei for an evening filled with conversations about all things techie.
Whether you are just beginning or already an expert in your field, or if technology is your hobby, you will find someone who shares your interests. Friends and newcomers are always welcome.