Nick Ochs is a Republican running to represent Hawaii House District 22, which covers Waikiki, Ala Moana, and Kakaako. His candidacy and campaign is controversial, given his alliance with the so-called “Proud Boys,” is a far-right and neo-fascist organization that admits only men as members and promotes and engages in political violence.

“It was just done without warning and now they’ve interfered with [the] election,” Ochs told KITV’s Tom George. “My opponent has a huge advantage that I don’t. He can put his message out where people will see it and I can’t, and the Democrats are cheering this on.”

Ochs’ posts on the page had prompted denouncements from his political opponents.

“I hope the voters know that this does not represent Hawaii values and more importantly that they exercise their right to vote and reject this racism, bigotry, and hateful ideology,” Democratic candidate Adrian Tam told KITV.

Ochs told the station he will continue to campaign on his Twitter account, which is still active. 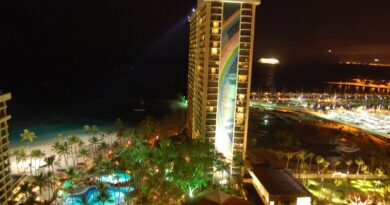 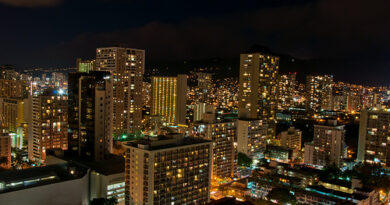